See you in Berlin!
After a break due to the pandemic, it is taking place again this year: InnoTrans, the leading international trade fair for transport technology. EBE Solutions will also be there and I am already looking forward to the personal exchange with business partners and the international expert audience. To get you in the mood for Berlin, this issue features a portrait of the “Park am Gleisdreieck”, a green oasis with an eventful railway past in the heart of Berlin. In the third part of our retrospective “10 years of EBE railway safety technology”, we look back at the recent past, in which a lot has happened at EBE Solutions.

As always, I hope you enjoy reading this issue.
Managing Director Laurenz Trunner
and the EBE Solutions team

Green space with a past

On the site of the former freight stations Potsdamer and Anhalter Bahnhof, the Park am Gleisdreieck was created between Kreuzberg, Tiergarten and Schöneberg, an approximately 31.5-hectare recreational area with extensive areas of wild growth that have developed over decades on the old tracks, signal remains and track pits. They still bear witness to the eventful history of the Gleisdreieck, once a massive facility that served as a crossing point for the freight traffic of the two railway stations in the burgeoning metropolis of Berlin at the beginning of the 19th century.

After a sensational accident on 26 September 1908 – a train crashed from a height of 8 metres after a flank run, 13 people died – the track junction was removed in 1912 and a new station was planned where trains crossed one above the other. Even today, the U1 and U3 underground lines cross here, as does the U2 line below. 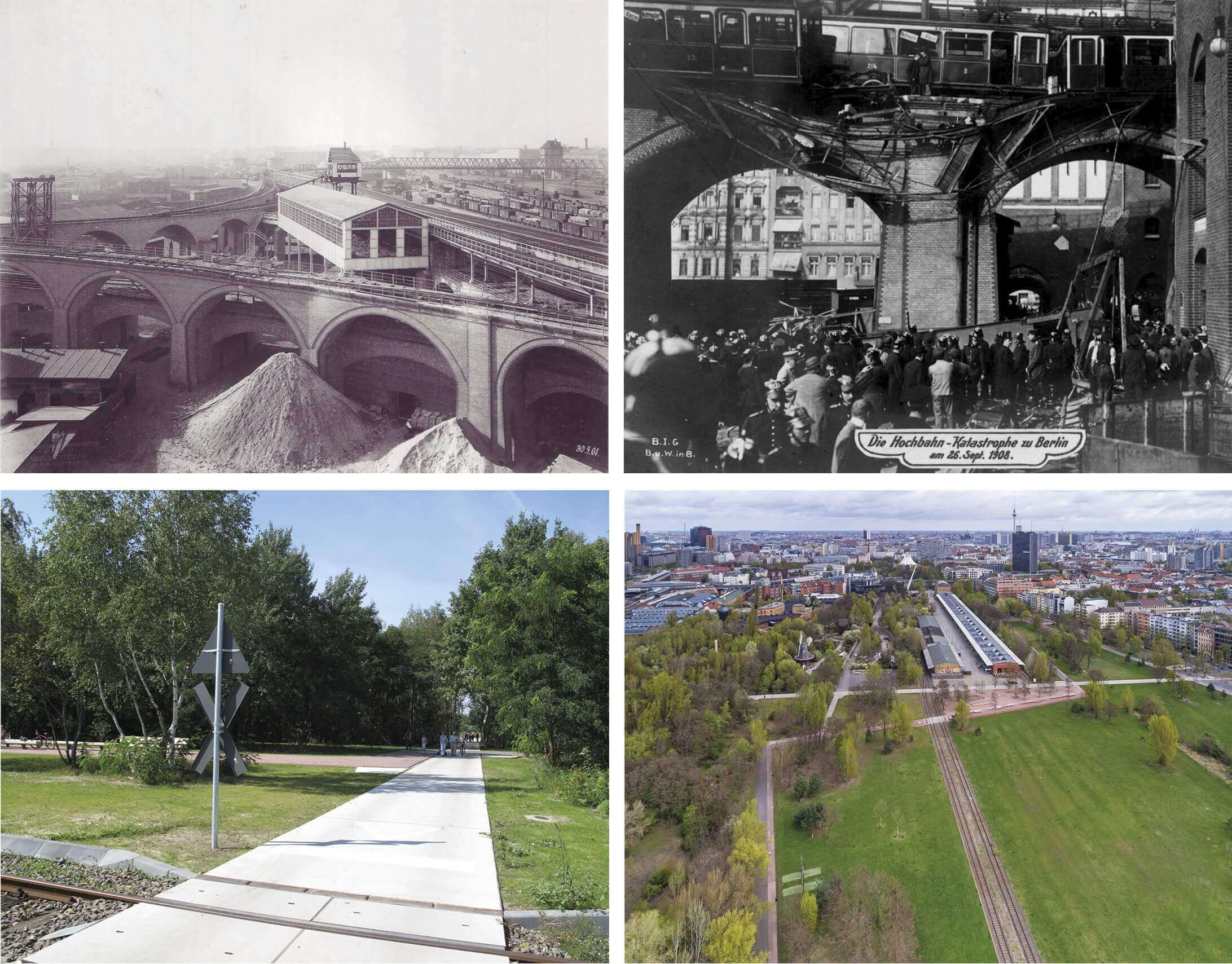 The Gleisdreieck under construction, 1902; postcard „Hochbahn-katastrophe am Gleisdreieck“, 1908 © Rotophot, Berlin; rail facilities in today’s park and an aerial view of the area.

After the two stations were badly damaged in the war and later journeys to the west were cut by the Deutsche Reichsbahn Ost, the site fell into oblivion. The Gleisdreieck lay in the shadow of the new border for almost thirty years, nature overgrew the dismantled facilities, and over the decades a gigantic wasteland developed. At the end of the 1970s, citizens’ initiatives campaigned against a planned motorway project there and discovered the forgotten biotope for themselves.

More and more residents began to use the open spaces, which were actually forbidden to enter. However, it was to take another 30 years until the new park was finally opened step by step between 2011 and 2014. Today, the green spaces, wild growth areas, witnesses to the railway’s past and the elevated railway line with its listed steel bridge form a harmonious ensemble that reminds us of the eventful history of the “temple of technology in the open air”, as the Viennese writer Joseph Roth once called the Gleisdreieck. 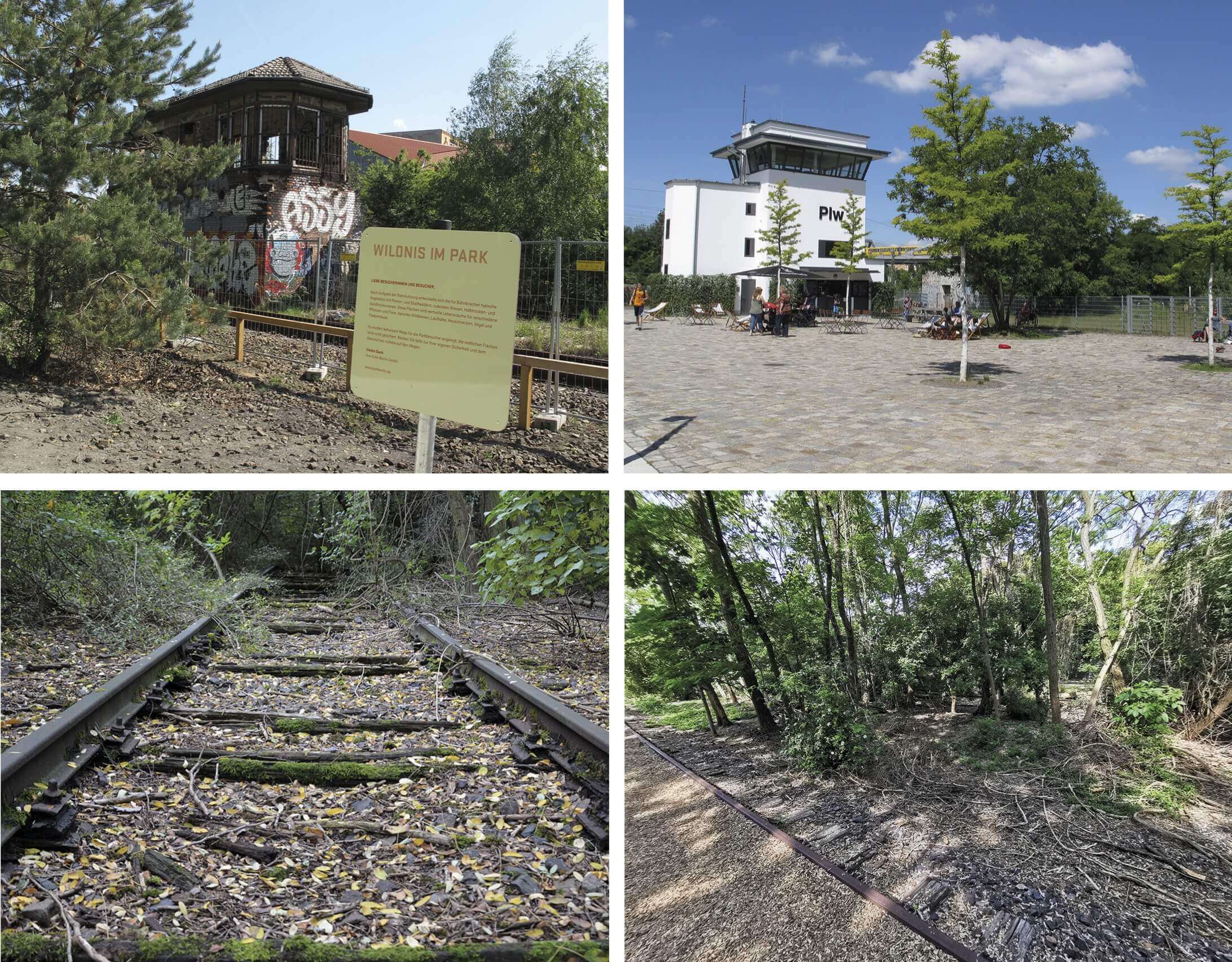 In addition to numerous buildings of former railway infrastructure, the ubiquitous, overgrown railway sidings also bear witness to the park’s past. All images © Wikimedia Commons

Departure, desire, the monotony of the tracks: The “adventure of the railways” has been a source of fascination for musicians of all genres since time immemorial. Wikipedia lists more than 800 titles under “railway songs”, i.e. songs that refer to passenger or freight railways—and new ones are added every year. Maybe you’ll put together a playlist for your journey to Innotrans?

Here is a selection through five decades: 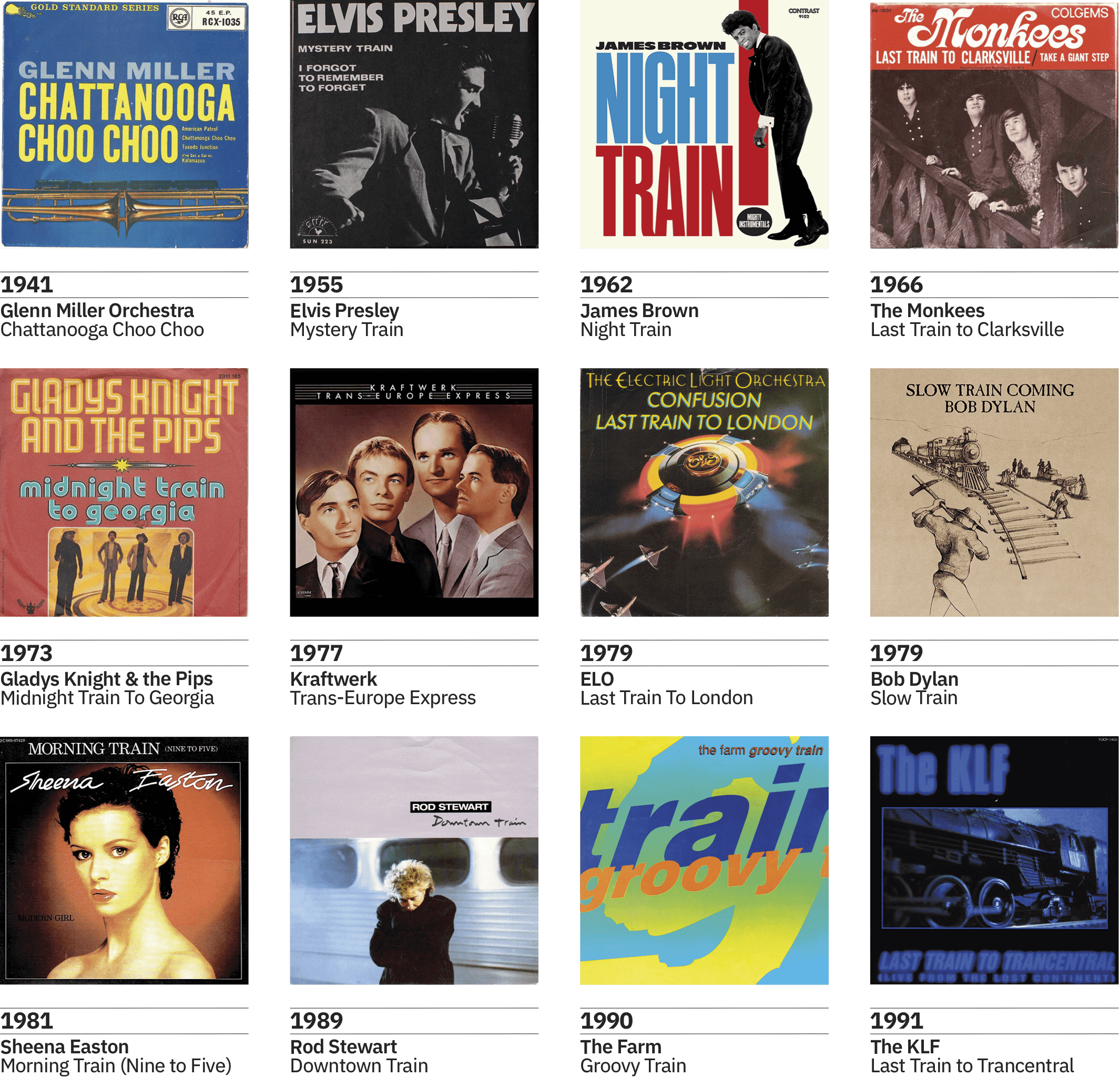 EBE Solutions has been providing solutions in the field of safety and interlocking technology for 10 years now. Main railways, regional railways, connecting and industrial railways, but also museum and seasonal railways have come to rely on systems from EBE Solutions. On the occasion of our 200th installation, which we will carry out in the course of the year, we are looking back on 10 years of EBE railway safety technology in a three-part series. 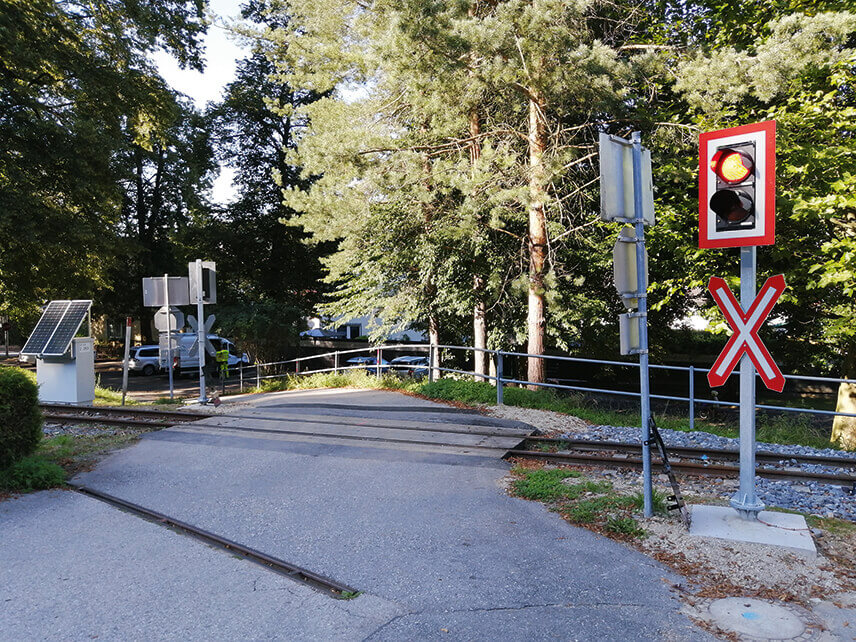